skip to main | skip to sidebar

I just had the oddest phone call. A lady called and asked if I was in Jefferson. I said I am south of Jefferson. Then she wanted to know if I had a set of tire chains for a car. I said that I did not have them. Then she said the Walmart store in Jefferson had 5 sets and they were the wrong size for her tires. A Walmart in Jefferson--- You could put all of Jefferson in a Walmart and still have enough room to drive around it. I said "Jefferson does not have a Walmart" and she said I know it does I just talked to them and I am going to NC and need a set of chains.
I think she needed more than a set of chains!

Eric Benton, Southeast Tractor Parts, Will wonders never cease.
Posted by Eric at 7:05 AM 2 comments: Links to this post

I spoke with 3 of my customers/friends yesterday from Virginia. One had 8 inches of snow still on the ground, one had 30 inches of snow and some of his neighbors had 44 inches ( depending on where they were on the mountain) the other one had about 20 inches. I did not get any snow. I only had cold miserable rain. I guess the good side of this is that I now have the sun shining while they still have snow to contend with.

Eric Benton, Southeast Tractor Parts, Enjoying the Sun!!!
Posted by Eric at 5:59 AM No comments: Links to this post 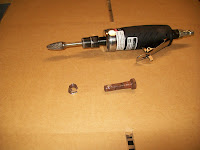 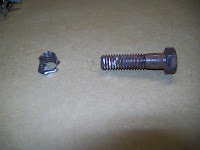 Yesterday, I threatened to take the Red Wrench to a rusted up bolt on a manifold. Instead, I used a die grinder with a carbide cutting bit and ground on the nut a little and unscrewed the bolt. Here are pictures!
Posted by Eric at 8:07 AM No comments: Links to this post 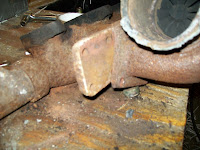 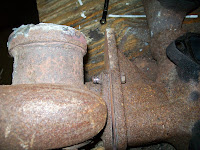 This is a manifold off of a IH 1086 tractor. I have it sold to a customer and I am trying to get the turbo off of the manifold. I have taken out all of the bolts except one and it will not loosen any more. This requires more than a hand full of tools and a hammer, this requires a red wrench. I have to take it to the torch to cut the bolt so the turbo will separate from the manifold.
We sell lots of different manifolds new and used for tractors. Call me if your tractor starts smoking from under the hood instead of on top of the hood!!
Eric Benton, Southeast Tractor Parts, Listen for the torch to pop!!!
Posted by Eric at 10:45 AM No comments: Links to this post

And a few more pictures 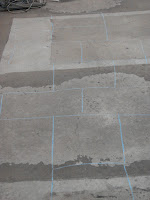 And we are still sorting through parts books and an accumulation of papers and notes to get the parts books back on the shelf where we can use them. 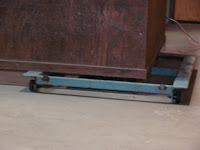 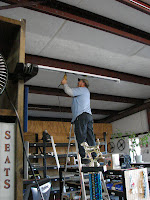 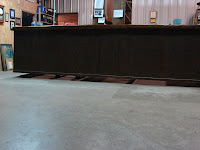 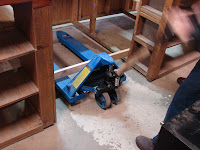 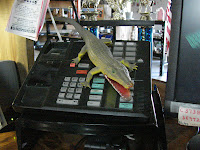 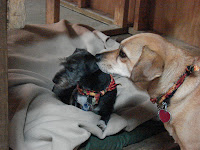 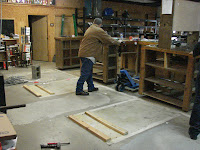 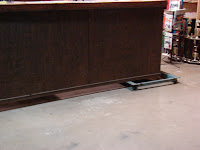 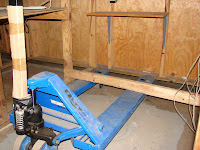 Posted by Eric at 7:37 AM No comments: Links to this post